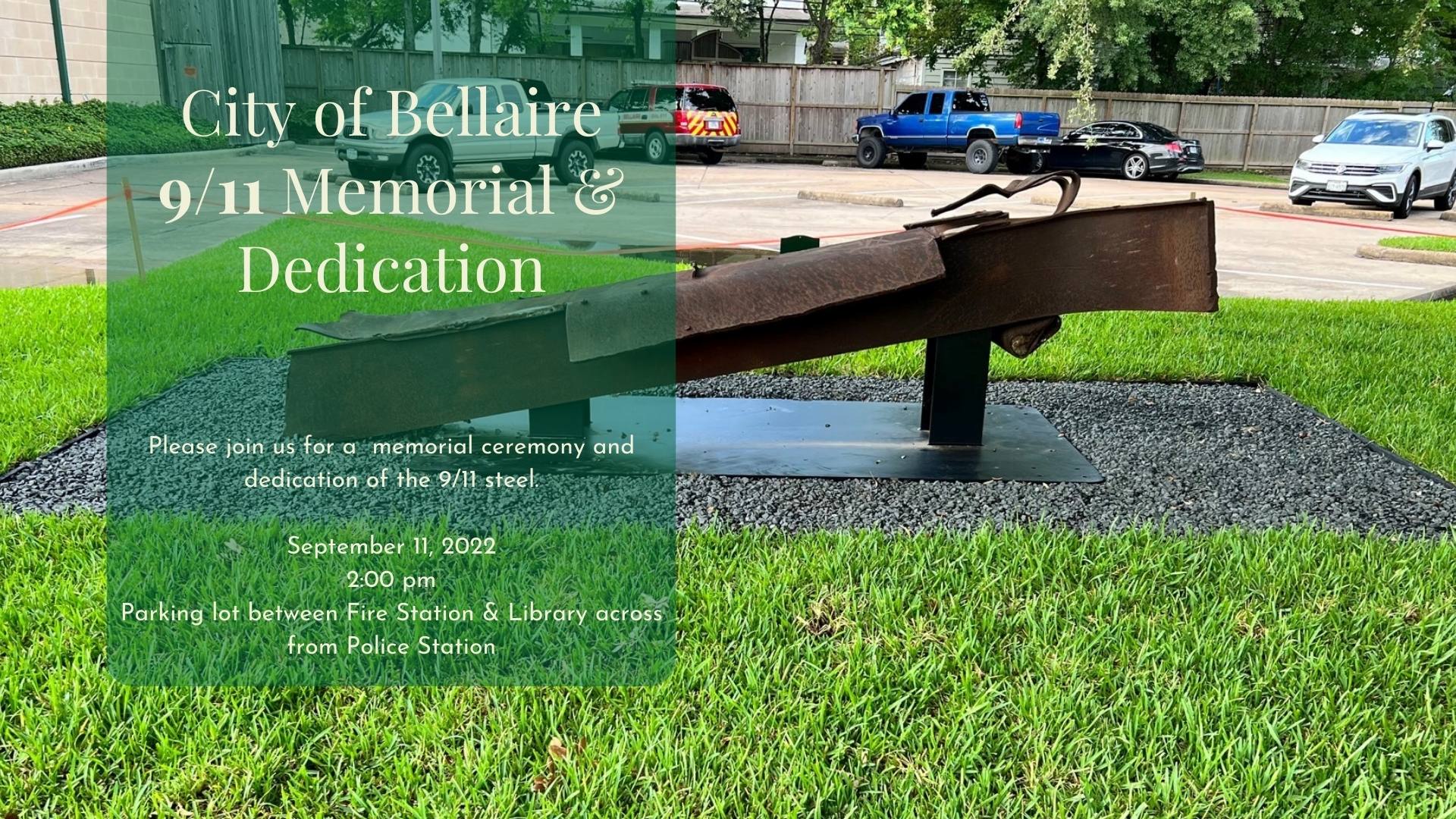 On September 11, 2001, nineteen terrorists associated with al-Qaeda, an Islamist extremist group, hijacked four commercial airplanes scheduled to fly from the east coast to California. In a coordinated attack that turned the aircraft into weapons, the terrorists intentionally flew two of the planes into the Twin Towers of the World Trade Center in New York City, causing fires that quickly led to the collapse of the 110-floor towers. They flew a third plane into the Pentagon, the headquarters of the U.S. Department of Defense, in Arlington, Virginia. After learning of the events in New York, passengers and crew members on the fourth plane, launched a counterattack, forcing the hijacker pilot-who was flying the airplane toward Washington, D.C.-to crash the plane into a field in Somerset County, Pennsylvania, near the town of Shanksville.  The 9/11 attacks killed 2,977 people.

This 11-foot portion of the World Trade Center I-beam was donated by the Rubenstein Family Foundation in partnership with the Houston Fire Museum to the City of Bellaire in 2017 to share this piece of our American history with the community. With the help of the Bellaire Southwest Houston Rotary Club and Piper Whitney Construction, we can present this piece of history to you. We welcome you to visit this memorial, touch, feel and reflect upon the events of that day.

We want to thank all our contributing stakeholders and supporters of the 9/11 Memorial in Bellaire.

Please visit the national 9/11 Memorial & Muesum website for more information on the events that occurred on September 11, 2001.